Have you ever heard people mention the phrase ‘Rewilding Ireland’? Did you know that thousands of years ago Ireland was 80% covered in forest? And most of this was made up of native deciduous trees such as oak and birch. Sadly today, Ireland has been left with very few native, or indeed any forests. Over the centuries, there has been a near-total destruction of its forests, mainly because of human activity and a deterioration of the climate.

In fact, it went from an initial forest cover of around 80% to less than 1%. Ireland is the only country in Europe where such complete forest destruction took place. Initially, the Irish State carried out tree planting to stop Ireland’s deforestation and to decrease Ireland’s timber dependency. Most of these state forests were established on mountainous land and consist mainly of exposure-tolerant, fast-growing, non-native conifers.

Ireland today has the lowest forest cover of all European countries, with approximately 11% compared to an European average of well over 30%. Co Wicklow has the highest forest cover, while Co Meath has the lowest. These forests are mostly man-made. Sadly, including hedgerows, motorway plantations and birch monocultures, less than 2% of the country is covered in native trees.

In recent years there is definitely a growing interest in the concept of ‘rewilding’ Ireland, from both an environmental and a biodiversity point of view. New woodlands are springing up all over the country as organisations dedicated to planting trees get moving on this project. The woods that we currently have are also being looked at with renewed interest and efforts are being made to protect them.

One great example is Tomnafinnoge Woods in County Wicklow. This incredible ancient woodland is part of the original oak forests of Ireland, one of the last surviving fragments in the country. It is teeming with life, as the trees are native broad-leaf species such as oak that can support the wildlife that otherwise has so few places left to live. It is always loud with birdsong, and shelters some endangered species such as the great spotted woodpecker.

If we can create more natural spaces like this, the future is looking bright for our Irish woodlands. 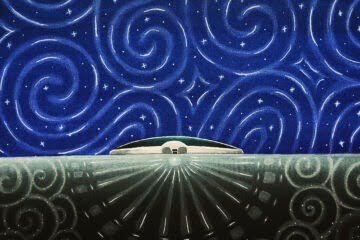 Grianstad an Gheimhridh – The Winter Solstice In the Irish language the word for the solstice is “An Grianstad”, which translates as “the sun stop”. Many of us will stop to reflect this year on the Read more…